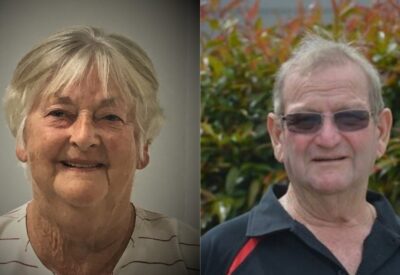 In 1956 Lawrie started his working career alongside his father Alf in AW Green and sons. He branched out in 1964 to form LH & TO Green PL, the forerunner of GreenCon.

Today Lawrie remains a vital part of the business, lending his experience and expertise as a Director.

Lawrie was on the Camperdown High School Board from1972 – 1977 and Cobden Technical School board1979 – 1983 and was Cobden Recreation Reserve Chairman from 1970 – 1982. He continues to serve as a Cobden Red Cross member.

In 1961 Lawrie married Thelma who shared his passion for contributing to the community with contributions as Cobrico Tennis Club Secretary, Cobden golf Club Handicapper, match committee member, vice-president and president for three years. Thelma was also on the Women’s Golf Victoria Board and served as treasurer for six years. Thelma continues as a member of the Western District Golf Board, a role she has held since 2015. 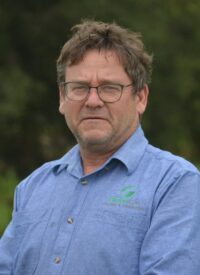 James has been GreenCon’s MD since 1996, following in the footsteps of his father Lawrie.

Born and raised in Cobden, James achieved his Bachelor of Engineering at the University of Ballarat and has additional qualifications in nutrient management systems.

James is a current member, life member and past president of Port Campbell Surf life Saving Club and was on the Cobden Safety House Committee and Airstrip Committee for 10 years.  He is a past president of Cobden Football Netball Club, and a past director of JANA Jobs and the National Committee for Development of Youth Employment. James is also a past Victorian state president for Apex and was youth chairman of Apex Australia for 3 years.

He has also volunteered his engineering, construction and project management skills to assist Apex community developments projects in Bangladesh and The Philippines.

James’ community service hasn’t gone unnoticed. In 2018 he was named the inaugural winner of the Westvic Dairy Service Provider Award and he has also been named Surf Life Saving Volunteer Trainer of the Year, Corangamite Citizen of the Year, was chosen for the Sydney Olympic Torch Relay and in 2015 won the Rick Scroggie Memorial Award for his contribution to local sport.

For James, the best part of GreenCon is being able to support the local community and families.  “I’m proud we’ve got work for 40 people. Besides the work, this helps keep their families in regional Victoria,” he says. 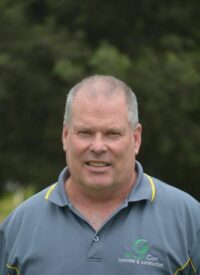 A new century meant a new job in a new town for Wayne who joined GreenCon as commercial manager in 2000. Wayne relocated from Melbourne to Cobden with his wife Trish, who is James’ sister, to take up the position. He previously worked with fruit processing company Chiquita and had been in office management and accounting roles for 12 years at Rio Tinto.

As commercial manager, Wayne is responsible for GreenCon’s accounting, OH&S, IT and HR management. 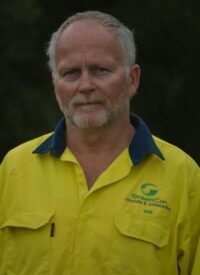 With nearly 45 years’ experience, Ian is one of GreenCon’s longest-serving staff members. Ian’s start with the company was simple enough – he simply visited Lawrie Green at home and asked for a job. “It’s changed a lot. Back in those days we had pick and shovel, now it’s all machines which have made it a lot easier and the outcomes a lot better. It’s grown as well; when I started there were seven or eight staff, now we have about 30. 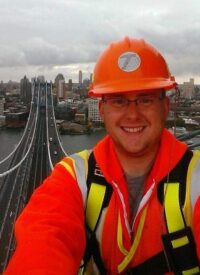 After graduating with a BSc in Engineering Science (Mech Engineering), Rob’s first professional role was with the New York State Department of Transportation.  He spent two years with the NYC bridge inspection team before moving onto bridge design – helping design and draft multiple projects to support The Big Apple’s stock of more than 2000 bridges.

Rob then moved into the highway design group, designing and drafting hundreds of miles of New York City highways.

In 2017 Rob met Erin, a native of southwest Victoria.  As their relationship grew more serious Rob elected to move to Australia, landing in late 2018 and choosing, initially, to settle with Erin in Killarney.

Rob started with GreenCon in autumn 2019, quickly finding his feet as a Project Manager.  He delivers obvious engineering and design excellence and carries an innate ability to unravel the nuances of complex civil engineering challenges.

Despite growing up surrounded by the hustle and bustle of NYC, Rob is happiest when he’s rattling around his property at Willatook – about as far from The Big Apple as you could ask for!

PS: Rob is (almost) famous for being ‘the guy’ who’s ensured a lengthy stretch of a downtown New York bridge is painted in what some may feel to be a peculiar colour (for a bridge): ‘Almost Purple”.  After receiving warm feedback about the hue, Rob was instrumental in getting the entire Lower Manhattan’s East River Waterfront Esplanade painted Almost Purple way back in 2010. You can see what Rob’s first lick of purple paint spawned, by clicking HERE. 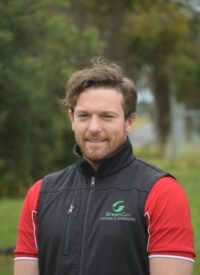 A carpenter by trade, Damon augmented his manual skills by completing a building design and construction course at Gordon Institute in Geelong.

Damon started working “on the tools” with GreenCon in 2011 before progressing to operations coordinator and more recently into his design-specific role.

With the vast majority of major projects now requiring council approval, Damon is responsible for preparing and submitting relevant plans and documentation. 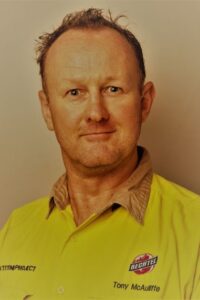 Tony began with GreenCon in February 2020. Before joining he’d worked with a local council and, before that, close to 20 years with a US headquartered construction and engineering company on, mainly, resource projects across Australia.

He brings to the company experience with workplace and process safety, though usually finds himself performing activity for GreenCon that resides a little outside the traditional OHS boundaries. For instance, he’s usually knee-deep dealing with the company’s response to Covid-19. (And readily admits he won’t be sad when he can finally say he has heard the last of the disease, whenever that may be.)

He has been based in Victoria’s southwest since 1999, and lives along a rugged stretch of coastline that’s colloquially referred to as the Shipwreck Coast. 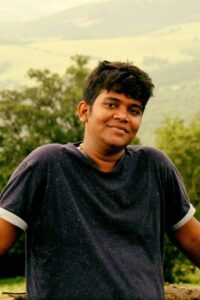 Raghavendra (Ronald) graduated with a B.E in Civil Engineering in 2016 before starting with a mid-tier Indian construction firm as a Junior Engineer. In 2018 he moved to Australia to continue his engineering studies, eventually graduating with a Masters of Engineering (Structural) from the University of Melbourne. Despite Covid-19 grounding him in Australia, he never gave up hope of securing a professional position, which eventually saw him make the move from Melbourne to Cobden to join GreenCon, in mid-2021.

After spending almost his entire life living in a metropolis, he has an appreciation for the quieter life and plans to pull back on his whites for his local cricket side this coming summer. Ron also enjoys spending down-time gaming, keeping up his skills to ensure he keeps his position within the online global PlayStation community.